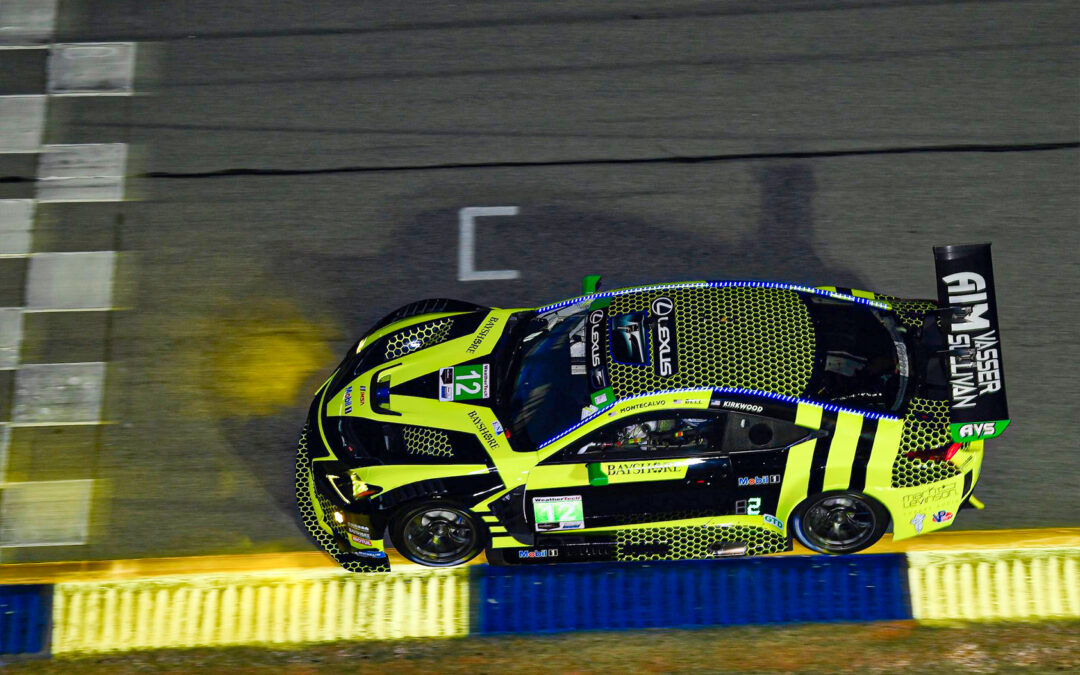 For those who’ve been tracking the wandering year experienced by 2019 Indy Pro 2000 champion Kyle Kirkwood, the latest twist is a perfect fit. To start, he was unable to make use of the advancement prize that placed the Floridian with Andretti Autosport after the 2020 Indy Lights season was cancelled. So with the 21-year-old’s rising profile and career momentum all but erased – and no reason to return to the series he’d just conquered – a circuitous route in sports cars became Kirkwood’s path to stave off inactivity and boredom.

Opportunities eventually arose in IMSA’s prototype training category where he’s driven LMP3s. Thanks to a new relationship established with the AIM Vasser Sullivan Lexus RC F GT3 team, he’ll sample another new form of racing this weekend as a member of the WeatherTech SportsCar Championship GT Daytona squad at the 10-hour Petit Le Mans event at Road Atlanta. And if the Indy Lights-to-LMP3-to-GTD adventure wasn’t enough to fill Kirkwood’s CV with random excursions, he got a taste of where 2020 might be heading earlier in the year when he flew to Marrakesh to test the BMW iFE.20 Formula E car and ran inside the top five with ease.

Having started the year with a singular focus on American open-wheel racing, Kirkwood iss quietly developing a wide-array of skills in cars that were never part of the original plan.

“Given an opportunity to pursue things that I wouldn’t have been able to if I was racing Indy Lights, it came to fruition through Chris Wheeler, who put me in contact with (James) Sulli (Sullivan) and Jimmy Vasser,” he told RACER. “We were actually able to put a little short test together at the Charlotte Roval where I just got in and did a few laps, and was actually really quick for the handful of laps I did. It seemed like they were pretty ecstatic, and I was ecstatic, and got invited to this event.”

Kirkwood will share the No. 12 AVS Lexus with Townsend Bell and Frankie Montecalvo, and work under the same tent with recent open-wheelers (and former Indy Pro 2000 champion) Jack Hawksworth and (Indy Lights race winner) Aaron Telitz in the sister No. 14 RC F GT3. Combined with former Carlin Racing IndyCar race engineer Geoff Fickling, and Vasser, the 1996 CART champion who also co-owns an IndyCar entry with Sullivan, Kirkwood’s WeatherTech Championship debut will be made among those who share a similar background.

“It actually works out perfectly, because I’ve been around Jimmy and Sulli at the track; obviously I know Aaron really well from the Team USA scholarship and even back in Skip Barber in 2012; and those relationship factor here being with all the guys,” he said. “I met Geoff Fickling in 2016 prior to going over to England for the Team USA scholarship when he was with Carlin. So all these guys here – it’s all people from the IndyCar paddock, so it’s all very similar in that aspect. The only difference really is just the car and the way to process the Lexus versus the others.”

Once he gets through the current season, Kirkwood is headed back to where it began. With the Indy Pro 2000 advancement prize still in hand, he’ll rejoin Andretti Autosport and chase the 2021 championship – and the advancement award to IndyCar that comes with it. Just as 2018 Indy Lights title winner Pato O’Ward found after spending 2017 in IMSA, Kirkwood should return to the Road To Indy with more skills and unique experience than he would have received by staying on the open-wheel ladder.

“Surprisingly, what people don’t really see is if you look at some of the Road To Indy stuff that you saw this year, the events were cut back, there was very little track time, which would have hurt somebody like me in my first year in Lights,” he said. “I think it’s almost better that we took that year off just to make sure that we had the full amount of races and the full amount of track time (in 2021). In some sense, that actually helped because now, as it’s been announced, there’s going to be three (RTI) scholarship drivers brought into the series, so the competition is going to be a lot deeper than what it would have been.

“Honestly, I think the timing for IndyCar, the way it’s shaping out with drivers coming in and leaving in 2022, I think it is actually going to create a little bit more opportunity for me by the end of next season. With the way everything’s working out, I’m actually grateful that I’ll be able to get back on track in Indy Lights and actually have a full season, with a bigger scholarship now awarded to the champion next year.

“The way everything is now panning out, I’m really excited, and having this strange year might have worked out to my benefit.”