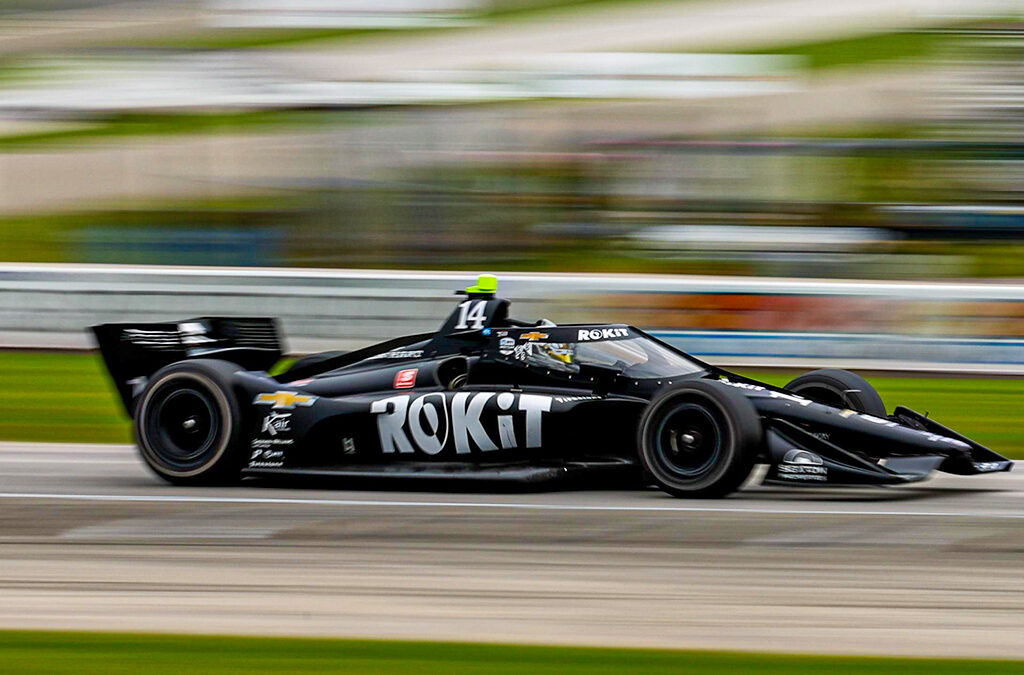 The confirmation of Kyle Kirkwood’s upcoming move to Andretti Autosport and the impressive pace produced by the rookie and his A.J. Foyt Racing team with the No. 14 Chevy has drawn the interest of numerous suitors who would love to fill the seat in 2023.

The positive direction taken by the team this season has also been recognized by primary sponsor ROKiT, which supports the No. 14 and the No. 11 Chevy shared by Tatiana Calderon and JR Hildebrand.

“ROKiT has indicated they’d like to continue with us, so that’s exciting and something we’ll be working on with them,” team president Larry Foyt told RACER. “And we’ve had some really good inquiries, for sure. A lot of quality drivers, very talented people, want to be in the 14 car. It’s nice to have those options out there, and we are going to be doing some testing.”

The Foyts will be joining a few other teams next week for a test on the Indianapolis road course. Race-winning Indy Lights sophomore Benjamin Pedersen, who has been a fixture on the Foyt timing stands this season, could be among those to drive. Free agent Santino Ferrucci has also been mentioned as someone on the team’s testing radar.

“We’re going right after Road America and we’ll have certainly one guy from Indy Lights in a car there that we’re looking at, and potentially some other people,” Foyt said. “I think we’ll know pretty soon. And I think we’re gonna go ahead and still test Kyle there as we continue to work on our setups and improving our package for the permanent road course. We feel pretty happy with our street course package, but we’re definitely missing something on the road courses and smoother tracks that we’re trying to work on there.”

Beyond Kirkwood’s natural speed, the team’s legendary No. 14 entry has made big strides because of great chemistry between the driver and his race engineer Mike Colliver, and the general rise in cohesiveness under the tent, led by crew chief Didier Francesia. Compared to recent years where a heaviness or weariness was often visible within the program, all manner of warmth and focus can be found in and around the No. 14 program. Altogether, it’s leading to a steady influx of calls and emails from drivers who want to continue what Kirkwood and Company have started.

“We have a lot of our core group, which is very similar to what it’s been, and then it’s a driver coming in that jells with the group,” Foyt added. “Kyle is really good, he’s very talented; we haven’t had the result yet that we’ve wanted and sometimes that’s been on us and then a couple of times, it’s been on him, just like last weekend.

“So it’s just been some bad luck things that we haven’t gotten the results. It’ll come; you’re gonna have that with a rookie and put him in some bad situations. But this whole group, we’re beginning to put it all together. I think we’ve shown that the car has speed and as a team we’re capable of being very competitive. But it is made hard when you’ve got different drivers year to year. So the goal right now is to keep our core group together like we want to, and then hopefully get some long-term signings so that we’re developing something that’s good with a talented driver that’s more than just one year.”