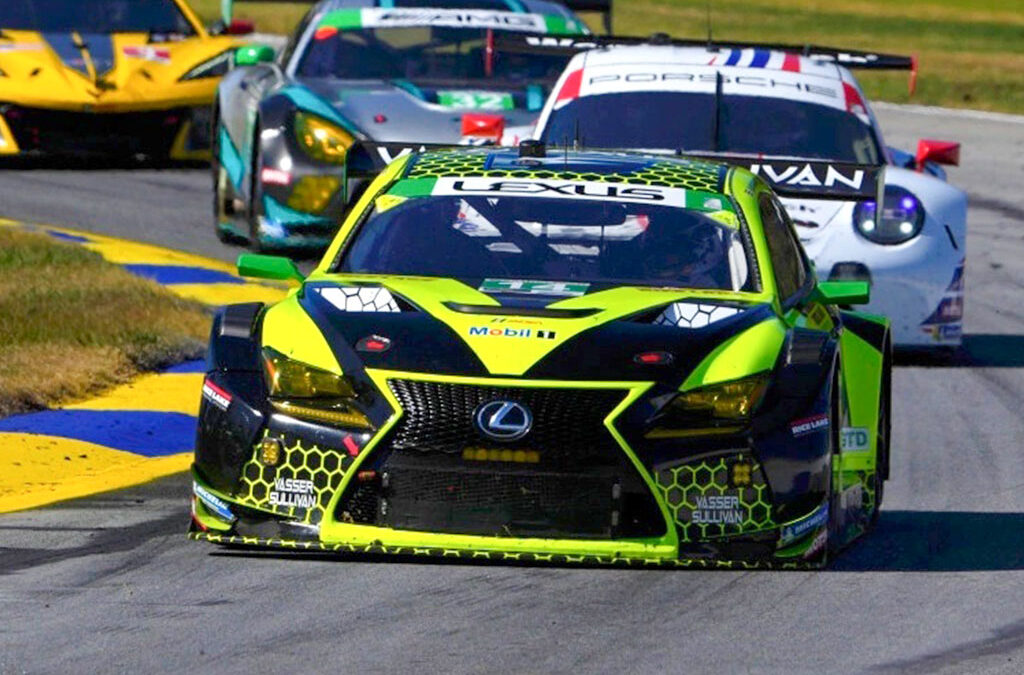 In Hawksworth and Kirkwood, Lexus and Vasser Sullivan have two team veterans stepping up from the WeatherTech SportsCar Championship’s pro-am GTD class to GTD Pro, which replaces the factory-level GTLM category that was retired in November.

The new signing is England’s Barnicoat, who left a long engagement as a factory McLaren GT driver to take the full-time position alongside countryman Hawksworth and Florida’s Kirkwood, who is back for the endurance races.

“Together with Vasser Sullivan and TRD, we’re continuously finding ways to be competitive in North American sports car racing and drive the Lexus performance message to new levels,” said Lexus VP and GM Andrew Gilleland. “Racing in IMSA has helped strengthen awareness and consideration of Lexus performance models among our dealers, owners, and competitors alike. Our momentum is rapidly growing and everyone at Lexus is excited to race for an IMSA championship.

“Jack Hawksworth has been integral in the development and success of the RC F GT3 program from day one, and we are thrilled to have a driver of Ben’s Barnicoat caliber join the Lexus family. Paired with Kyle Kirkwood for the endurance rounds, our GTD Pro entry aligns perfectly with the Vasser Sullivan and Lexus Racing program. They are young, quick and poised to fight for the top step of the podium all season long. We know we’ve got something special here and we’re excited to get out and earn our first GT championship together beginning with Rolex next month.” 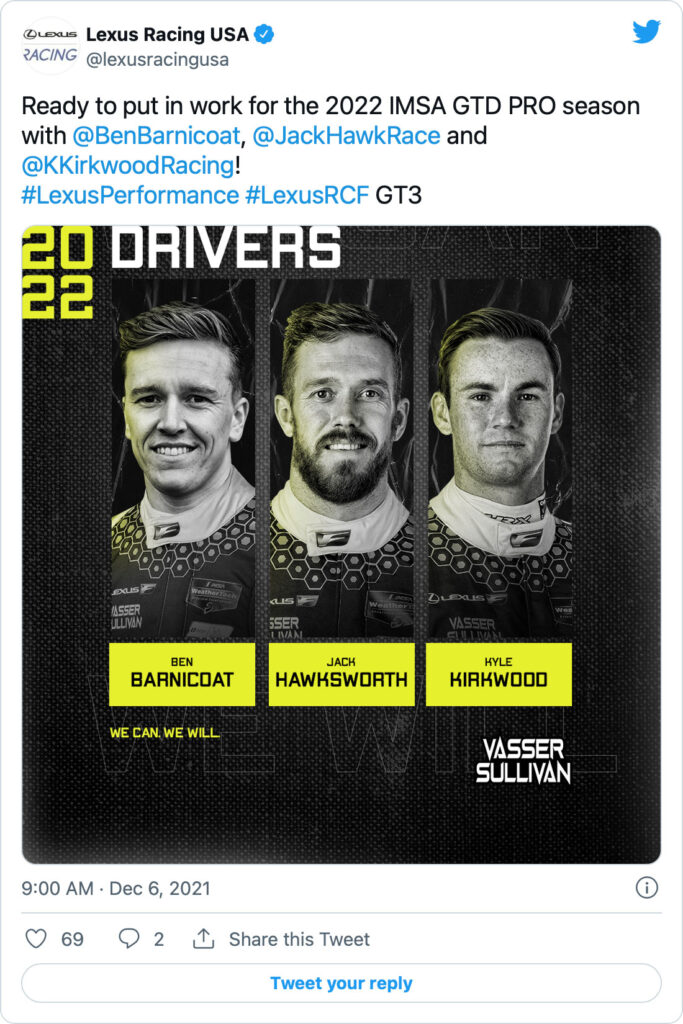 For Jimmy Vasser and James “Sulli” Sullivan, the new GTD Pro effort is its most ambitious to date as the North Carolina-based team enters its fourth season with Toyota’s luxury and performance brand.

“We are taking Vasser Sullivan Lexus to the next level and building this bench of exceedingly competitive drivers is the next step to producing the kind of results we expect,” they said. “Jack and Kyle have done an outstanding job for us capturing poles, consistently finishing on the podium and winning races. Ben’s ability and competitiveness in the world of sports cars has proven he belongs with us, we are energized to announce him today and have him join Vasser Sullivan Lexus.”

For Barnicoat, the opportunity in IMSA represents a major change in his career trajectory.

“I’m absolutely thrilled to be joining Lexus Racing USA,” he said. “Hearing the future plans and ambitions that the Lexus brand has, to really write themselves into the history books of motorsport, is truly inspiring, and really excites me about this program and my future with Lexus. I can’t wait to get to work with the Vasser Sullivan team and my super-fast teammates Jack Hawksworth and Kyle Kirkwood in our IMSA GTD Pro campaign with the Lexus RC F GT3.

“After meeting Jimmy and Sulli for the first time and seeing the team in action at Petit Le Mans last month, it’s clear to me that they are the team to be with in IMSA right now. The level of professionalism, along with the dedication and hunger to win races and championships was incredible, and I can’t ask for any more than that as a driver. I have a lot to learn with it being my first full season of IMSA, but I have an incredible car in the Lexus RC F GT3 and the best team of people around me to learn from and achieve our goals. We will be a force to be reckoned with. The green flag at the Rolex 24 in January can’t come soon enough!”