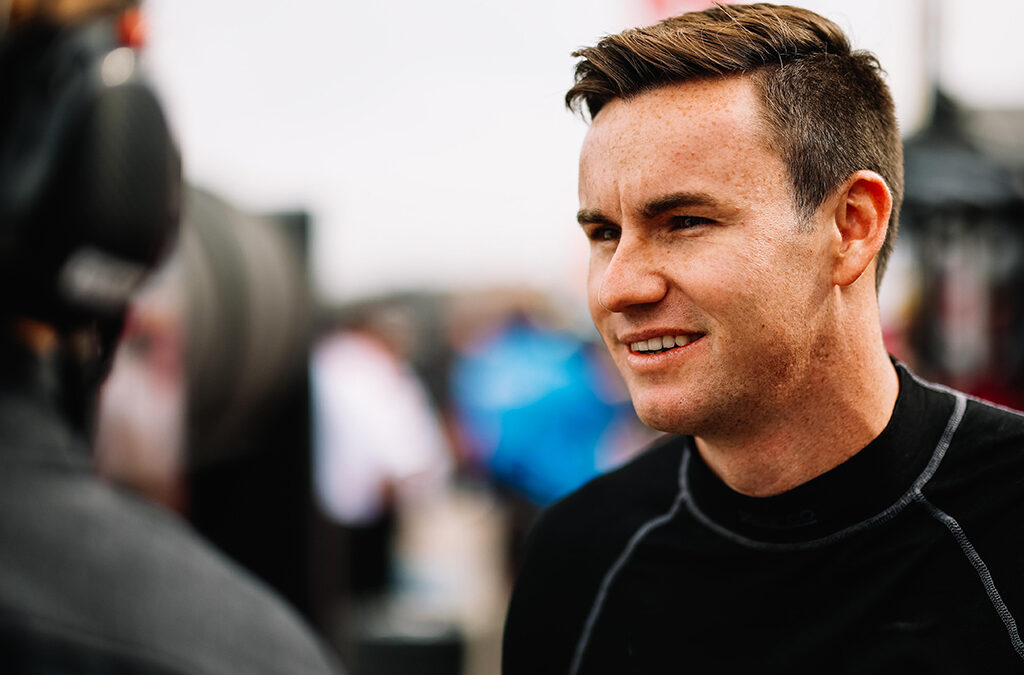 Kyle Kirkwood enters his second season driving in the NTT IndyCar series hungry to get back to the front of the field and emulate the success he found while advancing through the development ladder.

The 24-year-old is the only driver to have won the championship in each of the three series that make up IndyCar’s ladder, and came into the top-level series as one of 2022’s most promising rookies.

That expectation did not pan out, however, and he often struggled to put together a solid weekend while driving the #14 AJ Foyt entry.

For 2023, Kirkwood returns to Andretti Autosport, and is predicting that he will have many advantages he did not have last year simply by being part of one of the top teams on the grid.

“That’s going to be the biggest benefit to me,” said Kirkwood when asked about the information he can learn from his new team-mates.  “I’ve never really had a group of drivers on my team that I’m able to base things off of consistently every single time we go on track.  It’s something that I’m really looking forward to.

“To have that group of people around you that you are able to base things off of is super, super important.  It just elevates everyone and pushes everyone to be better.

“To be able to utilize it after spending a year in IndyCar and honing my skills, understanding how race strategy works, how the car operates, how the Firestone tires come in on certain races because we have different tires based on which track we go to.

“There are so many different things that I’ve learned this year that I’ll be able to take into the team as well.  I know for a fact it’s a good time for both of us to come together.”

Kirkwood has raced for Andretti before, winning his lone season in Indy Lights for the famous team.  The plan was to have him advance directly into an Andretti IndyCar seat, but there was not a seat available at the start of 2022.

He had to run one year with AJ Foyt because Colton Herta’s F1 jump never materialized, but is now rejoining the team he has already become familiar with.

Kirkwood feels that he will be able to get back to the front of the field quickly now that he has more experience and is paired with the larger organization.

“If you were to ask me ‘what was the most difficult thing I encountered this year,’ it was that,” continued Kirkwood.  “It was that we’d be going out on track and we would be fighting for top 10s and whatnot.  For me, I’m still in the mentality that I want to go out and win.  I’m never satisfied until I get wins.  That was one of the most difficult things for me to understand this year.

“I’m super happy to come back with Andretti Autosport to finally have the chance with them in IndyCar. I’m excited for it.  Like you said, there’s some big changes that are happening within the team.  There’s a lot of development that’s going on.  There’s a lot more people that are involved now, there’s new engineers, there’s new mechanics.

“For the most part, my crew on the #27 car is identical to what Rossi had last year.  So, it’ll be good to have that experience, and they’ll give me some headway and teach me through all the reigns, like an Andretti Autosport driver needs to be taught.

“For me, coming up from literally the start of my racing career, I’ve always had expectations to go out and try to win races.  I feel like having Andretti by my side, being with them gives me an opportunity every single weekend we go on track.”