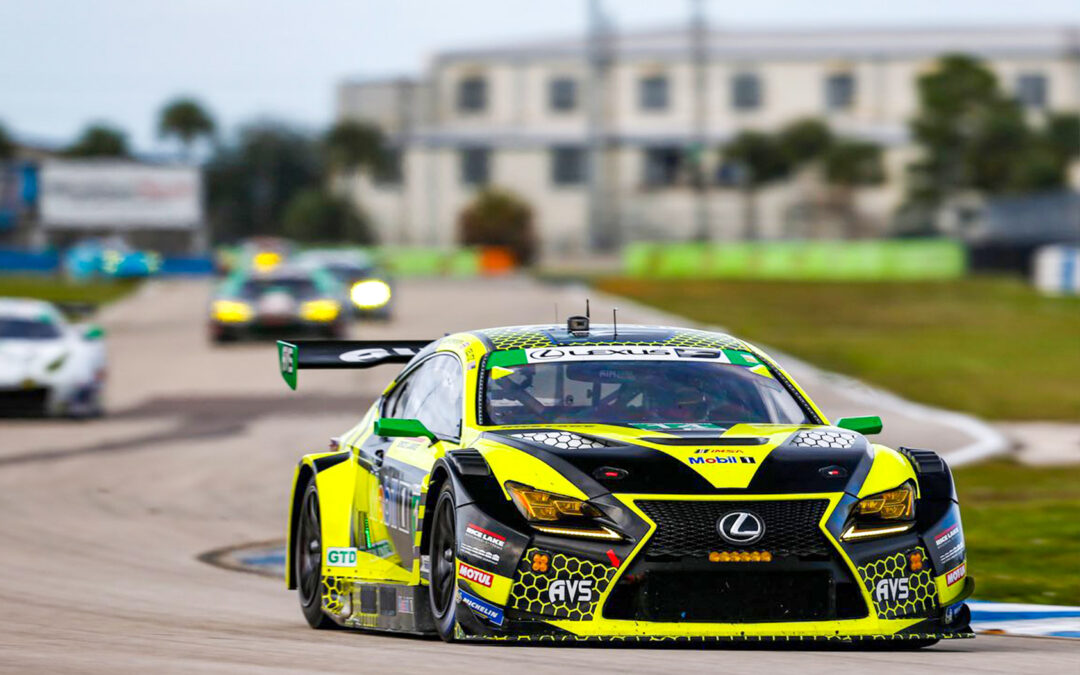 Townsend Bell likened AIM Vasser Sullivan’s luck in Saturday’s Mobil 1 Twelve Hours of Sebring to getting “struck by lightning” after a fluke incident took both of its Lexus RC F GT3s out of contention.

Bell and teammate Kyle Kirkwood had been running 1-2 in the GT Daytona class in the third hour when water laid down by the No. 4 Chevrolet Corvette C8.R send both cars spinning into the Turn 17 barriers.

The damp track surface, which also caught out two other GTD cars, resulted in retirement for the title-contending No. 14 Lexus of Aaron Telitz, who entered the race only eight points out of the class championship lead.

“I watched Townsend’s car go and I thought it was a really strange thing to see, and a tenth of a second later my Lexus was uncontrollable,” said Kirkwood.

“I’m definitely bummed for the team and bummed that this is the way it had to end, especially for the championship. We showed good pace this weekend.

“Everything was working perfectly, but unfortunately it was something that we can’t control.”

NBC Sports commentator Bell said he was left “speechless” after the incident.

“We got struck by lightning today,” he said. “Crazy thing is so did the 14… It couldn’t be a more cruel way to end the season.

“We fought hard all year and really wanted to deliver Lexus their first manufacturer’s championship and we had everything in place to do it.

“We were leading, running one-two and just super unlucky that the Corvette let go and dropped a bunch of [water].

“I had no indication of anything before the incident. Nothing on the windshield of my Lexus, no smoke and just fired into [Turn] 17 and the car just snapped on me.

“And, then to my amazement my teammate Kyle Kirkwood took a really hard hit so I’m glad he’s okay.

“Luckily, we were able to fix the car and try to soldier on to do the best we could, but it took a lot of time to make extensive repairs.

“Frustrating, but just can’t plan for those things.”

While disappointed with the outcome, Jack Hawksworth — who finished fourth in the GTD drivers’ standings — was left looking at the positives from the season that delivered a program-high four class wins.

“It just wasn’t meant to be. It’s pretty tough to swallow. I’ve been racing for a long time and have never seen anything like that.”